The 2016 Most Influential Women in Arizona Business 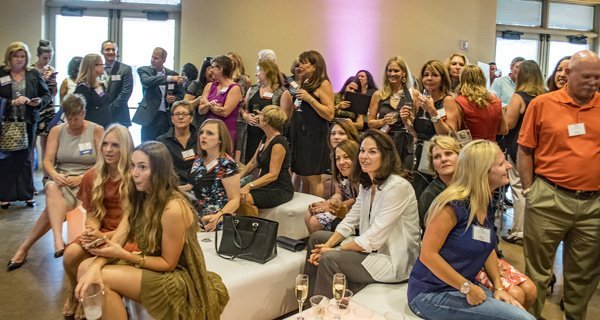 “All the women we are honoring tonight have procured influence in their respective fields through hard-earned track records of profitability, leadership, and innovation,” said AZ Big Media Publisher Cheryl Green.

“These women are changing the face of Arizona Business.”

The women were selected from a pool of more than 1,000 candidates by the editorial team at Az Business magazine and a panel of industry experts.

“While their resumes and industries may differ, the women we selected have all procured influence in their respective fields through hard-earned track records of professional excellence, leadership, innovation and community impact,” said Az Business magazine Editor in Chief Michael Gossie. “Az Business magazine is proud to congratulate the women who earned the right to call themselves one of the Most Influential Women in Arizona Business. They are changing the face of Arizona business.”

AZ Business does not allow a woman to make the Most Influential Women in Arizona Business list more than once. If you know someone who should be considered for 2017, nominate them at azbigmedia.com.

Here are the Most Influential Women in Arizona business for 2016: 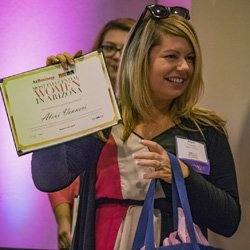 Venneri previously worked for the Seattle Mariners and multiple technology companies before starting her award-winning social media and digital engagement company that now employs 170 with most based in Scottsdale.

Advice: “If you see an opportunity – take it. I started Digital Air Strike during a recession in 2010 because that’s when I saw an opportunity to help businesses find innovative and low-cost ways to reach consumers through social media”.

Surprising fact: “I’ve always been interested in entrepreneurs and wrote a book, ‘Balls! 6 Rules for Winning Today’s Business Game,’ about them.”