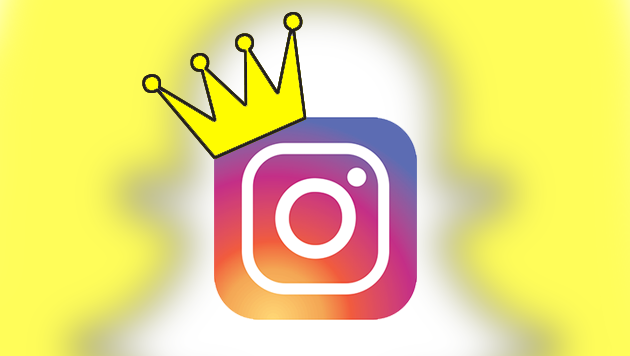 Instagram has officially snatched Snapchat’s crown as the king of disappearing messages with the announcement of 200M monthly Story users. Instagram Stories – first announced in August, 2016 – only took 8 months to surpass Snapchat in total monthly active users. So just how did Instagram accomplish this impressive feat in such a short period of time?

Since its launch in 2010 – Instagram has been the go-to-platform for unadulterated visual storytelling and artistic expression among millennials. In fact, some sources site Instagram’s millennial user base as high as 70%. A combination of favorable demographics and a much friendlier user interface helped catalyze adoption of the new feature.

Instagram’s userbase of heavily millennial, early adopting, visual story-tellers makes it the perfect platform for Facebook to rip-off and test competitor camera features before introducing them to the broader Facebook platform.

Facebook haters are quick to equate the lack of originality with feature rip-offs, like Snapchat Stories, as the beginning of the end for Silicon Valley’s big blue giant. However, Facebook’s recent F8 developer conference showed the company is everything but unoriginal.

It’s never been more important for you to maintain a consistent presence on Facebook and Instagram. The social space is rapidly transforming and attracting millions of new advertisers. Our team of social advertising experts is always equipped with the latest platform updates and strategies to help your business shine online and outsell your competition.

Interested in learning how you can get your message in front of the right audience at the right time? Read more about our targeted advertising solutions here.