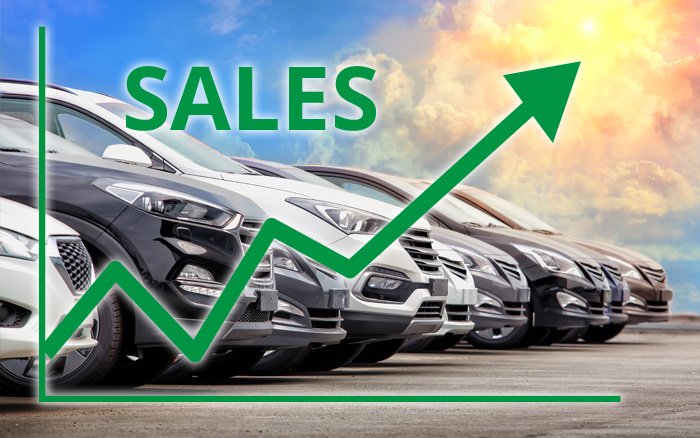 The automotive industry is experiencing a continuation of the retail sales recovery amid the pandemic, but global vehicle sales were still down sharply in April, according to J.D. Power.

The sales declines are a global issue, and even the markets that have recovered are not yet showing bounces from pent-up demand, said Tyson Jominy, the vice president of data and analytics for J.D. Power.

“South Korea and China are the only major global markets to post gains versus last year,” he said. “Western Europe is down 80% (from a year ago). The U.S. is right in the middle.”

The global April sales fell 45% versus last year, which is a drop of 7% from the decline in March of 38%. All major markets deteriorated except China, according to the report.

Despite this news, the week ending May 10 marks the sixth straight week of recovery in the U.S.

“Sales have recovered about five percentage points per week for the past six weeks,” Jominy said. “Most states now are either completely open or still have limitations on dealership sales operations from state orders.”

Dealership sales operations in 28 states are open, while 22 states still have limitations. Of those with limitations, 16 states allow showroom sales by appointment or with specified social distancing actions, according to J.D. Power.

States that allow online or remote sales only are New York, New Jersey, Pennsylvania, Michigan, Illinois and New Mexico. These are the hardest hit states with COVID-19, Jominy said.

Dallas is a strong truck provider, while Detroit and Philadelphia recovered about half of the decline to what was forecasted, according to the report.

“San Francisco is seeing steady improvements in the market every week,” Jominy said. “New York, the hardest hit, continues to improve. It (still) remains the most depressed of the top markets. However, it has broken through the 50% milestone.”

Which car segments are selling?

Pickups of all sizes continue to be among the top five segments. Compact and small SUV segments have improved, while midsize and large SUVs were relatively flat over the past week.

Compact cars remain among the hardest hit and weakest segment.

Premium segments have been steadily improving but are still lagging behind non-premium vehicles.

Unlike previous downturns, COVID-19 has not yet led to lower prices. However, there is a significant potential for incentive escalation in the coming weeks, Jominy said.

Memorial Day is coming up and that’s one of the biggest shopping weekends of the year, said Thomas King, the president of data and analytics and the chief product officer for J.D. Power.

“We’re starting to get back to normal,” King said in the webinar. “84-month loans became very popular, but are now coming down… The majority of consumers are sticking with the more typical 72-month loans. That’s a positive.”

While there’s a significant decline from pre-virus expectations, it’s still a positive outlook for the industry, King said.

Sales are expected to decline 16-26% in May compared to pre-virus forecast, according to the report.

It’s good news for used vehicle sales as the used market is now strengthening at a faster rate than new vehicles, said Jonathan Banks, the vice president and general manager of vehicle valuations for J.D. Power.

“The used vehicle market is starting to get a little bit back to normal,” Banks said in the webinar. “While the used market is getting better, it’s still tracking 20% below what we would have forecasted before COVID.”