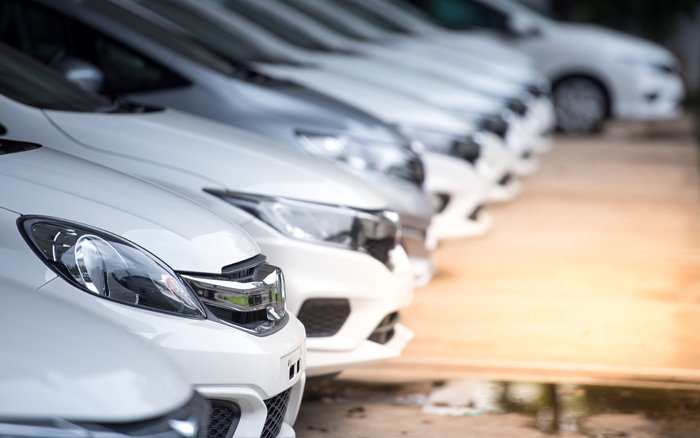 Six weeks of consecutive growth in the U.S. auto industry has stalled, according to J.D. Power.

This means sales remained level for three weeks in May across a majority of markets, according to J.D. Power experts who share industry updates during weekly webinars. Read previous reports here.

“The recovery has now officially paused and is moving sideways,” said Tyson Jominy, J.D. Power’s vice president of data and analytics, in the May 28 webinar.

Mainstream cars were the major contributors to the auto industry remaining flat. Midsize and compact cars contributed to the decline, while compact and midsize premium SUVs continued to recover, according to the report.

While the sales recovery has paused across major markets, some markets are still seeing gains. For example, Dallas has experienced strong sales of mainstream SUVs and premium segments.

Weaker sales across Los Angeles and many smaller markets offset these strong gains from New York and Dallas, he said.

“With open beaches and open life in Los Angeles and San Francisco, this is likely why those cities are down,” Jominy said. “Los Angeles had the largest negative impact on the performance.”

Despite these gains, 111, or 53% of the markets, posted a slowdown, which kept the industry at the 25% performance decline, he said.

The good news is the market share is returning to pre-virus levels, Jominy said.

While Memorial Day is typically one of the strongest shopping weekends, incremental discounts for this year’s shopping holiday were absent this year. With incentive spend per unit already at record levels for May prior to Memorial Day, the holiday offers this year were not greatly enhanced, he said.

Used vehicle sales for May are only 10% below forecast. This is a stark improvement from April and evidence that the used vehicle market is in recovery, said Jonathan Banks, J.D. Power’s vice president and general manager of vehicle valuations.

“We’ve seen a 5% improvement week over week, with used sales tracking just 10% below,” Banks said in the webinar. “We’re expecting a continuation of this improvement.”

Wholesale auction sales are approaching pre-virus expectations, despite widespread in-lane bidding activity. These auctions are not yet conducted in person because of coronavirus restrictions, and are instead happening primarily through simulcast channels, Banks said.

“Wholesale auction prices have caught up with the more stable performances exhibited by used retail and direct-to-dealer prices,” Banks said.

Retail sales were expected to decline 24% during the full month of May, compared to pre-virus forecasts, said Thomas King, president of the data and analytics division and chief product officer for J.D. Power.

“We know that folks have made a personal decision not to be out and about,” King said in the May 28 webinar. “The barriers to purchase have been diminished, but economic trauma is still being felt across the U.S.”

Inventory varies significantly across segments during these three weeks in May and is already impacting sales. The continued success will depend on production, allocation and geographic targeted incentives, according to J.D. Power.

Digital Air Strike provides many free business resources for auto dealers, including a comprehensive COVID-19 resource guide, best practice strategies during the pandemic and how to create a clean room at your business.