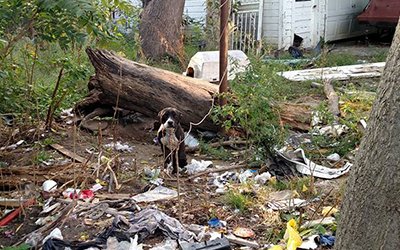 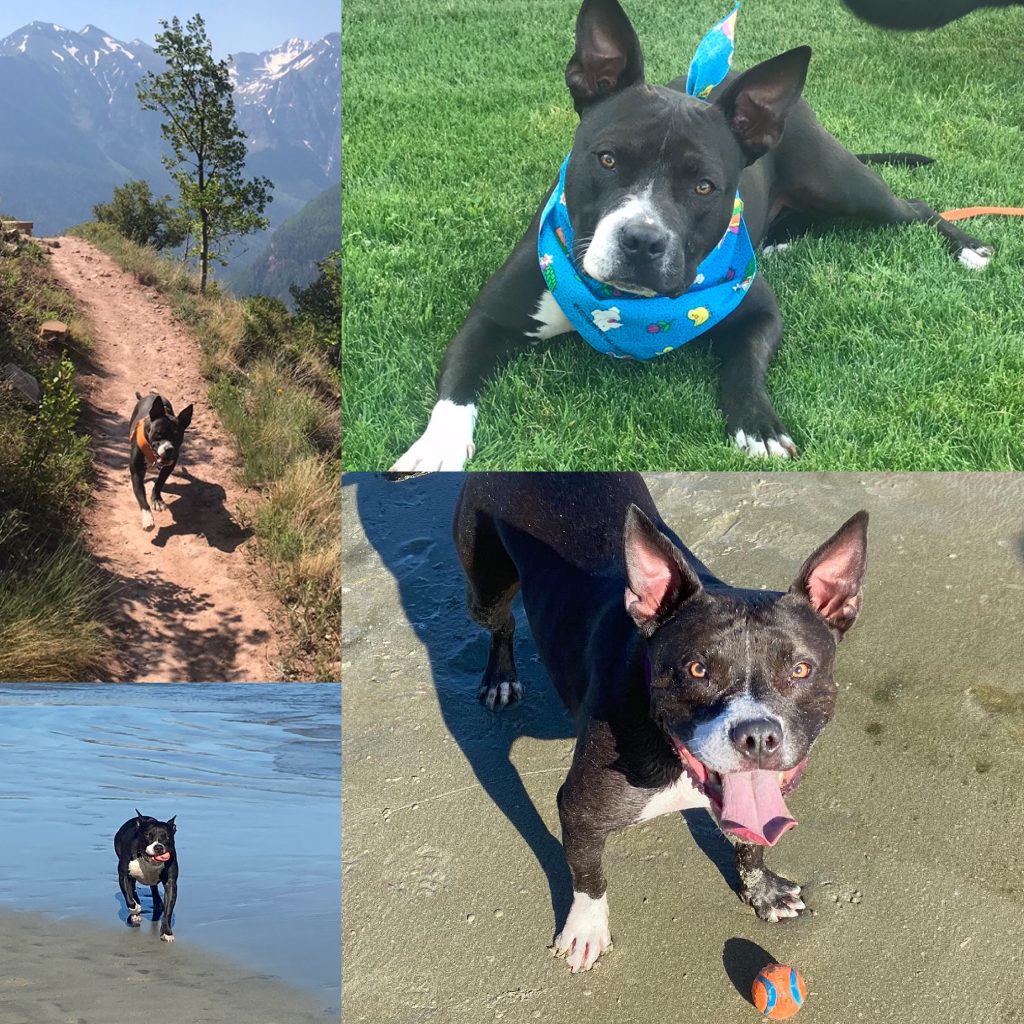 Lucky the dog to Scottsdale, AZ.

Striker (aka Lucky) is living his best life since being rescued. He learned from his Labrador Retriever big brother how to hike, fetch and swim and now loves time in the pool and at the beach cooling off in the water and chasing his ball. When he’s not playing, he relaxes in the green grass and on the couch with his human big brother. He’s definitely a snuggler.

10.13.2017 Over the years, through our DAS Cares program, we’ve supported more than 50 non-profits and dealership/OEM initiatives with donations and volunteers – – from donating toys to children’s hospitals and volunteering to deliver Christmas presents to single parents battling cancer, to sponsoring golf tournament, blood drives and dog adoption events.

In September, Digital Air Strike™ employees helped a team from an OEM clean up a Detroit neighborhood. The effort to make the O’Hair Park community safer included removing debris and overgrown brush from more than two dozen abandoned homes and boarding up the ones that had been broken into as they had become safety hazards for the people living nearby. Along the way we found a severely neglected dog tied up around a tree, living among broken glass and trash without food and water. Our hearts broke but our mission began to rescue the dog we nicknamed “Striker”.

Luckily a staff member from a City Councilman’s office was volunteering with us and called Detroit’s Animal Control. Animal Control arrived and gave our little friend some dog food—which he devoured.  They placed a notice on the door requiring the people who lived in the home—if anyone did live there—to contact Animal Control.

Over the next few days we continued to go back to the home to check on “Striker” until we finally were notified that he’d been rescued by Animal Control. He’s spent the last month there with health issues, but is finally well enough to be adopted. By this time “Striker” had unofficially become our company dog and an employee who met “Striker” in Detroit wanted to officially adopt him once he arrived in Scottsdale. Striker made quite a journey – – 2,172 miles and nine states!!! He stopped along the way at the Giant Campbell’s Tomato Soup Can in Napoleon, Ohio, the St. Louis Arch, even Cadillac Ranch in Amarillo, Texas. You can see his journey on social media by searching the hashtag #StrikerToScottsdale.

Besides rescuing Striker, volunteers made a big impact on the O’Hair Park neighborhood. If you’d like to help this community, please donate here. If you have a community project you would like us support, please contact your Client Advocate today!