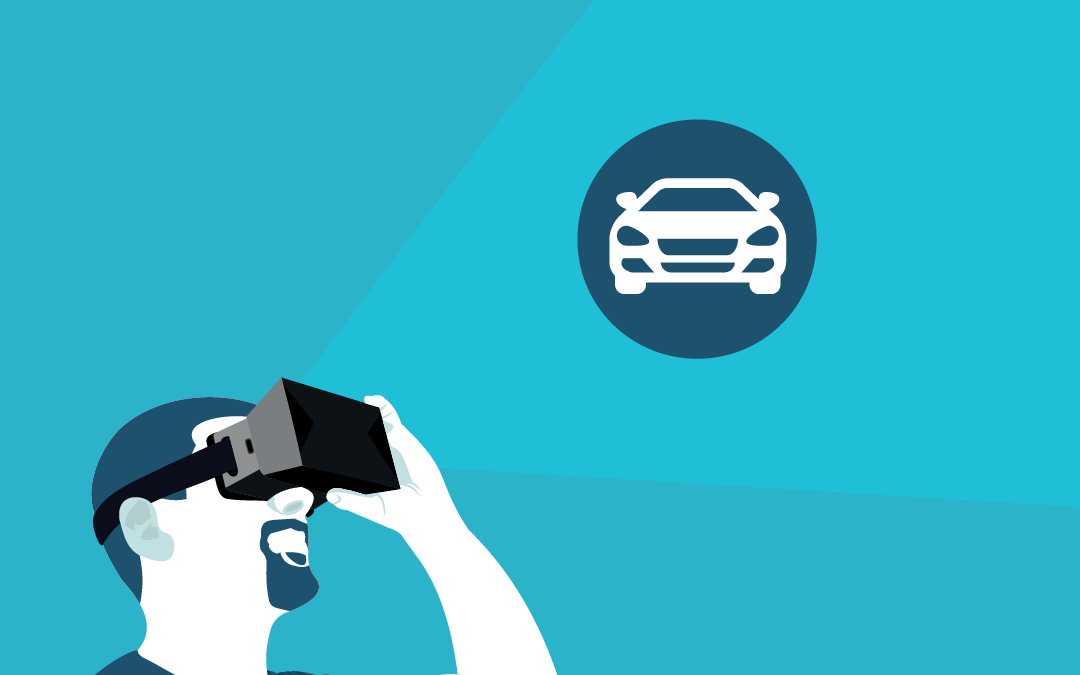 How You Can Benefit

When I was a kid, the only virtual reality available was my imagination. Cable television, movies and early video game consoles like Nintendo were my primary escapes (dare I mention books?). My generation is lucky we still have our eyesight, what with the ridiculously low-resolution images we spent hours eyeing. But all that has changed, and viable virtual reality (VR) and augmented reality (AR) are slowly penetrating the mainstream in stunning high definition.

Before we discuss what the auto industry is doing with VR and AR now that they’ve moved beyond the Star Trek holodeck, let’s take a technological step back. It’s important to first understand traditional video use in vehicle sales. According to a recent study, 88% of customers who watched online videos before visiting a dealership knew what they were going to purchase when they arrived.

That, my friends, is power. Statistically speaking, nearly everyone who does their online video homework makes up their mind before they arrive on your lot.

Compare that to 78% of customers who knew what they wanted without video. That 10% difference adds up when you consider the millions of shoppers watching video. YouTube content and dealership inventory videos have become baked into the purchase path, meaning customers expect you to provide it. They then view walkaround videos, preferably of the actual, in-stock vehicle. By this point, most minds are nearly made up about the vehicle they want to purchase. What’s still in limbo is where they’ll buy as, increasingly, potential buyers perform a local Google search, peruse reviews and star ratings and visit social media sites to narrow their choices. But that’s another story.

Given video’s power, it is no wonder car manufacturers are racing to present their products in virtual and augmented reality. If a smartphone video is compelling, imagine a fully immersive, 3D walkaround during which customers can snap their fingers and change a car’s paint color or trim level. Like conjurors, they try a set of flashy rims, maybe check out the interior in leather instead of cloth, all without leaving your showroom.

How hot is the VR/AR market? Currently valued at a billion dollars, the industry is expected to hit $120 billion. Google has shipped over 10 million units of Cardboard, its low-end VR device for smartphones, along with over 150 million apps. Moderately priced units like Oculus Go, which bridge the gap between high-end VR headsets and the inexpensive Cardboard, are exceeding sales expectations. [Link to deal landing page] Sony reports PlayStation VR sales of nearly one million units. But market projections wouldn’t be as lofty if these technologies were destined only for home arcades. The auto showroom is just one example of VR’s bright future in business.

How Vehicle Manufacturers Are Using Virtual and Augmented Reality

Virtual technologies offer a relatively inexpensive, effective way to show customers multiple vehicle options without having to stock them. On the service side, custom shops can show customers their customized vehicle before they ever loosen a bolt.

Audi recently launched its Audi VR Experience, designed to get customers back into showrooms. Shoppers can choose from millions of spec combinations, and the application includes the automaker’s entire portfolio—regardless of how many physical cars are on the lot.

BMW engaged fans worldwide using Snapchat’s augmented trial lens to introduce its X2 crossover. The 3D experience allowed users to change vehicle colors and view it from any angle. Ford Canada offered followers an AR walkaround of the EcoSport, during which users could enter the vehicle and view the interior. At recent auto shows, the HondaLens AR, powered by Microsoft’s HoloLens headset, gave users tips on notable features while they viewed a physical Accord.

Although new display tech gives brands new selling tools, it also allows them to wow customers after the sale. Great marketers know an educated customer is a happy customer, and they do all they can to help buyers understand and use their new vehicle. Innovative brands like BMW and Hyundai provide AR user-manual apps for mobile devices, which present feature information over the part of the vehicle in the user’s viewfinder. Chrysler is said to be investigating AR windshield overlays in the form of virtual street signs, since struggling to read faraway signs can distract drivers and cause accidents.

Virtual technologies have already broken through the barriers of traditional automobiles and entered the world of self-driving cars.

“The University of Michigan has its own fascinating spin on augmented reality and autonomous driving. At their MCity lab, researchers use AR to make connected car testing easier, faster, and safer.

For most governments and businesses, safety is the number one concern when it comes to self-driving cars. The technology hasn’t reached mainstream yet, and many consumers are wary of putting their lives in the hands of a machine.

So, testing is paramount. At the same time, it’s not practical to test for every possible occurrence. How does an engineer set up a massive traffic jam on demand? Or an unexpected jaywalker, or a wildlife crossing, or a drunk driver skidding through an intersection?”

Vehicles drive the test course, navigating a combination of physical obstacles and virtual traffic. From the vehicle’s perspective, AR data is just as real as feedback about a real brick wall provided by its external sensors. This testing method allows developers to engineer scenarios they could never control in real life. Multi-car pileups are much safer and cheaper as a series of ones and zeroes.

Manufacturers are also turning to VR/AR for aid in vehicle production and design. Working with immersive, three-dimensional images allows companies to understand the impact of specification or workflow changes on overall vehicle feel and usability, or on assembly line procedures.

At TeenDrive365.com, formed through a partnership between Toyota and Discovery Education, teens receive safe driving resources. When the program wanted to drive home the dangers of distracted driving, it created an immersive experience and took its show on the road.

“Users were situated inside an actual Toyota vehicle and used both the steering wheel and pedals – which were integrated into the experience with custom sensors – to pilot the 3D environment and manage common audio and visual distractions like passengers, incoming text messages and external hazards.”

One day, drivers might also undergo training first within the safety of VR, then receive helpful prompts from AR behind the wheel. (Could this cut back on student drivers doing 15mph in rush hour traffic??)

The Reality for Dealers and Service Centers

VR/AR headsets and applications are getting better and cheaper. However, only manufacturers currently have the resources to create truly breathtaking customer experiences. Two factors, cost and image fidelity, will likely limit widespread adoption for another couple of years. That said, relatively inexpensive, quality, VR headsets like the Oculus Go make it easy for dealerships to offer virtual walkarounds (by filming with inexpensive 360-degree cameras) or OEM-provided content, either in the dealership or the customer’s home.

Stay tuned for more on VR/AR and how they’ll help you sell, now and in the future.