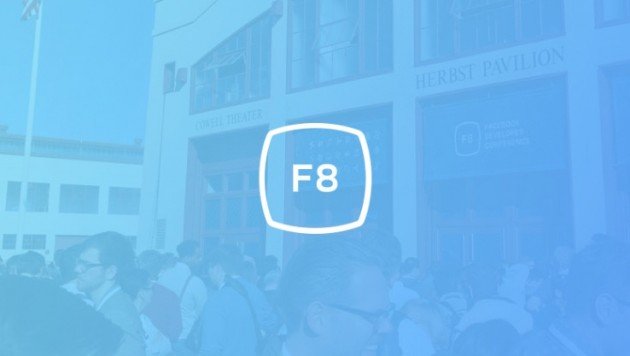 The Facebook we’re all familiar with was hardly the company present on April 19th at the company’s annual developer conference.

Mark Zuckerberg appears to be taking a page out of Jeff Bezos’ book and is focusing on innovating in areas that won’t change in the next 10 years instead of on things that could change. Connection – one of Maslow’s most basic human needs – isn’t going anywhere. Zuckerberg presented a vision for a company  that plans to take connection to a whole new level.

Anthony Argenziano – Digital Air Strike’s CTO – was at the conference in San Jose and thinks the ideas presented will impact our clients today and in the future. “The F8 Conference was a great experience with many takeaways for DAS. The Keynotes provided a detailed view into the future of VR, AR, and AI, with a 5-10 year timeline, while the sessions addressed what’s available now and in the near term. Understanding where Facebook is headed is important for our long-term vision and planning, but gaining insight into what is actionable now is even more powerful. We’re already working on some exciting new products and features, and learnings from F8 will apply directly to what we’re building.”

Facebook – the company known for bringing to age Web 2.0 – no longer sees itself as a social media company but as a human connectivity company. Here’s how they plan on becoming just that:

It’s time to stop thinking about your smart phone’s camera as a camera, and instead as a portal. A gateway, if you will, to a world where imagination and real-life blend seamlessly. Your surroundings will soon be filled with playful and informational data that can only be seen by lifting up your handset.

Add to the mix Facebook’s Oculus headset and you will soon be connecting with your friends and family in real-time in Facebook Spaces. Facebook Spaces – a virtual reality app that enables you to connect with others in any conceivable environment as a group. In an organizational setting you might soon be connecting for a white board brainstorm in virtual reality with co-workers across the globe or on the International Space Station.

Facebook wants Messenger to become a destination for interacting with friends and businesses alike. Businesses can already accept messages from customers on their page. Bots are being developed to help answer menial questions like hours, directions, etc. For other questions that require a more human touch – Facebook is developing tools to help companies, and the partners that serve them, deal with the incoming traffic in a scalable way. Messenger’s virtual assistant, M, is set to be the virtual assistant that Apple promised but never delivered.

Does the idea of texting with your brain sound outrageous? Facebook doesn’t think so. The company is hiring scientists from around the world to work in its secretive lab – Building 8 – to build a communication platform of the future using non-invasive brain scanning. Have you ever been in a situation where you could tell by the look on someone’s face that you were in trouble? Combine that with neural scans from your smart phone or smart glasses at a rate of 100 times per second and the theorized result is to be a “thought-to-text” technology that will allow you to communicate 5x faster than typing. Ever wanted to read the minds of your customers? That might not be far off Facebook’s plan for the future of communication.

Bringing it back to Zuckerberg’s main goal of Facebook – connection – the site already delivers on much of that promise by allowing businesses to interact and connect with consumers in a seamless, nonintrusive way. If targeted properly, Facebook’s ads only appear in the timelines of people who likely want to see them, while Messenger has made communicating with a company as easy as it is to send a text.

These opportunities for connection also require commitment to monitoring and managing Facebook, what Digital Air Strike™ does for thousands of clients every day.