J.D. Power: Amid COVID-19, Vehicle Sales Are Now in Recovery 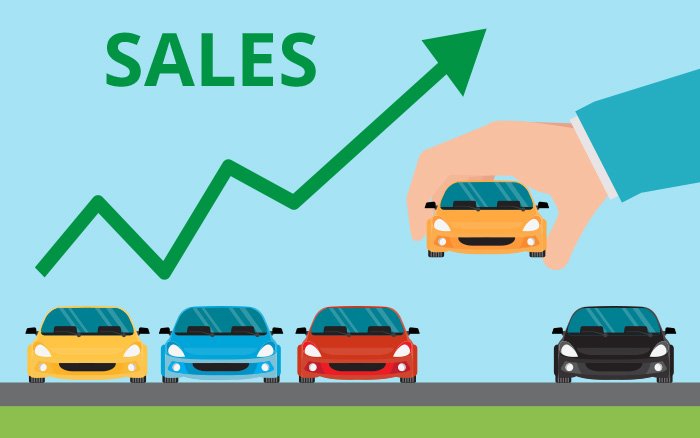 It’s been a difficult time for U.S. auto dealerships during COVID-19, but new data shows sales are now in recovery after four straight weeks of improving conditions, according to a recent J.D. Power report.

Starting the week that ended March 8, sales began falling sharply. But since the week ending March 29, sales have been rising, and have done so each week since April 26, according to the “COVID-19: J.D. Power Auto Industry Impact Report” released April 29.

Tyson Jominy, the vice president of Data and Analytics at J.D. Power, said all signs point to the economy being in the midst of a recovery.

“We expect sales to improve as markets and products come online,” Jominy said during an April 29 webinar discussing the report. “From March 2 to April 26, the industry has lost 782,000 units.”

“New York hit near zero and has had a slow steady climb up,” Jominy said. “Detroit is about two weeks behind New York right now. The Detroit market was recently opened by its governor, so it has been increasing. But the recovery is not only in these key markets, it’s nearly everywhere. Most markets are showing growth on a weekly basis.”

Retail sales volume grew in all top 25 markets last week, except in Raleigh, North Carolina, according to J.D. Power.

Sales are recovering across most major vehicle segments, according to the report.

The premium vehicle segments have been steadily improving but are still lagging behind non-premium sales, J.D. Power reports.

Retail sales to buyers over 55 years old have remained the hardest hit in the market, Jominy said.

“This group continues to underperform,” he said. “Typically, this is the wealthiest group that buys the most expensive cars. This group is on the sidelines, but the good news is this group will start to come back as things improve.”

Buyers over 55 accounted for 37% of new-vehicle sales in 2019. But amidst the pandemic, sales to these mature buyers have declined 44% since the week ending April 26, while sales to all other buyer age groups dropped only 39%, J.D. Power reports.

According to how people are buying vehicles, the leasing mix is recovering rapidly, while the 84-month loans continue to fall from record levels. Almost 75% of lessees have stayed out of the market due to their ability to extend leases. As April progresses, the return to market is improving, Jominy said.

“We expect to see more leases coming back,” he said. “These consumers will eventually return to the market. When they do, we will have a tremendous sale market, whether it’s around Memorial Day or the Fourth of July.”

“Used is not as dramatic a recovery as new,” Banks said in the webinar. “(However,) we have seen an uptick in wholesale auction sales. A lot of this had to do with more conversions for dealers participating in the auctions… We’re still down about 430,000 units, but we expect it to rise pretty dramatically in the next few months.”

In the sales outlook, sales are expected to decline 43% in April compared to pre-virus forecast, said Thomas King, president of the Data and Analytics division and chief product officer at J.D. Power.

“For March to July, the potential for lost sales ranges from 900,000 to 1.7 million units,” King said in the webinar. “It depends on the recovery in unemployment and benefits of folks who deferred the payments in March. As dealerships resume showroom operations, when regulations are relaxed, that will also help.”

As far as the production outlook, it is uncertain but is likely to resume in May, according to the report.

“OEMs are preparing to restart their U.S. manufacturing operations between the end of April and mid-May, depending on the plant location and other safety factors,” King said. “The inventory will be lean, and things will be tight since we lost about two months of production for most vehicles.”