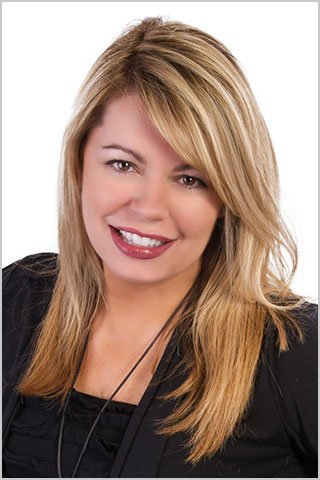 Alexi’s prior positions include President of Auto Media/Blue Flame 6 (part of The Van Tuyl Automotive Group), VP of Marketing, PR & Investor Relations at Dealertrack (now part of Cox Automotive), CMO at Who’s Calling, Director of Marketing for Major League Baseball’s Seattle Mariners, and Director of Sales & Marketing at Clipper Transportation. Venneri is an accomplished public speaker and author of the best-selling book Balls! Six Rules for Winning Today’s Business Game. Alexi was honored by Automotive News as one of the Top 100 Leading Women in the Automotive Industry on the most recent list that included Mary Barra. She received the Governor’s Celebration of Innovation Award, was named the Innovator of the Year by the American Business Awards, was awarded the Arizona Top Technology Executive of the Year Award and was named one of the Most Influential Women in Arizona.

Alexi has a Bachelor of Arts in Business Marketing and Administration from the University of Calgary and is an accredited trainer at the University of Washington as well as The Pacific Institute. She supports numerous charitable organizations selecting one or more each month while working closely with ARME and Beagle Freedom Project, nonprofit organizations that rescue and rehabilitate animals. 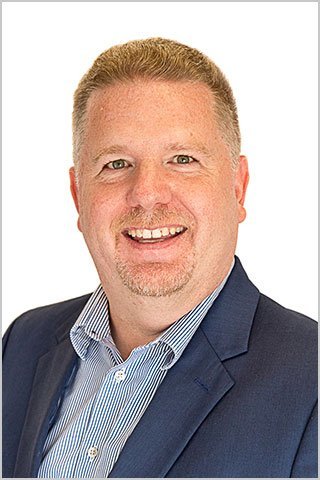 ​Michael Pordon has a diverse accounting background, specializing in mergers and acquisitions. Prior to joining Digital Air Strike, Mike spent nine years with Varian, Inc. holding various divisional finance roles and was instrumental in the acquisitions of Magnex Scientific and Oxford Diffraction, and the $1.5 billion sale/integration of Varian Inc. to Agilent Technologies. He also spent six years with Etec Systems, Inc. where he held various corporate finance roles, participated in several acquisitions, and culminated in Etec’s $1.8 billion sale/integration to Applied Materials. Mike started his career at KPMG in public accounting where he led both tax and audit engagements for a diverse client base of publicly traded and privately held entities.

Mike holds a Bachelor of Science in Business Administration from San Francisco State University and is a Certified Public Accountant. 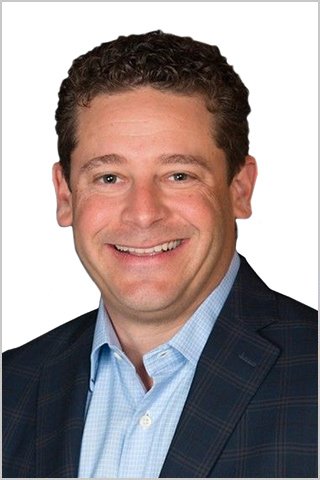 Jason Barrie has over 20 years of marketing technology and product experience, with most of that time spent in the automotive industry. He leads Digital Air Strike’s strategy, product management, and market development as well as being part of the M&A team. Prior to joining Digital Air Strike, Jason co-founded and ran technology start-up Carmatic, helping connect shoppers to dealerships leveraging a fully online concierge buying model. Jason also spent 16 years at Dealertrack and Cox Automotive leading the Dealertrack dealer F&I (finance and insurance) team as well as additional roles in marketing and operations.

Jason has a Bachelor of Science from Miami University in Speech Communications and Public Relations with a marketing focus. He was recently selected as one of AutoRemarketing’s Power 300 leaders in the automotive industry. In his free time, Jason enjoys volunteering for the Syosset Soccer Club. 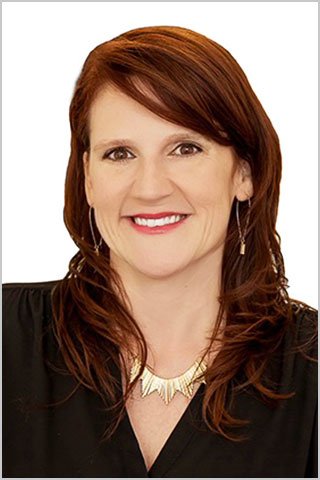 Erica Sietsma has 20 years of retail technology experience and has been a driving force of Digital Air Strike’s vision and growth. Her deep product and industry knowledge have earned her recognition as a subject matter expert on the topics of automotive technology, consumer engagement, lead response, social media, and reputation management. She has been a keynote speaker at many digital conferences throughout the United States, Canada, and the United Kingdom.

Prior to Digital Air Strike, Erica was head of digital partnerships and corporate communications for one of the largest automotive retail groups in the US, MileOne Automotive, and held roles in business development and national account management for one of the largest call management companies, CallSource, and an industry-leading CRM solutions provider now part of Dominion Enterprises.

Erica earned her Bachelor of Science degree in Business and Communications from Cornell University. She has been recognized as a Technology Innovator of the Year by the AZ Top Technology Executive Awards and was named one of the Most Influential Women in Arizona by AZ Business Magazine. 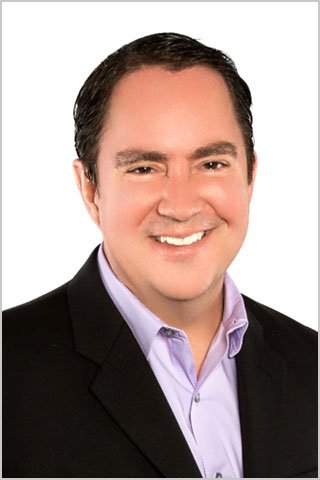 Over his 30-year career, Dave Venneri has helped grow revenue at numerous technology startups and brings a wealth of leadership to the Digital Air Strike sales and business development teams. Prior to joining Digital Air Strike as Chief Revenue Officer, Dave was Vice President of Inside Sales at G/O Digital (online division of publicly traded Gannett Co., Inc.) and held senior sales leadership positions at multiple technology companies including LivingSocial, Yodle, Intava and Who’s Calling. In addition to years of SMB technology experience, Dave also served in sales and marketing roles at the Seattle Mariners, Cutter & Buck and Cutters Gloves.

Dave has a Bachelor of Arts in Communications from the University of Washington and is a graduate of numerous sales and leadership training programs including the world-renowned Pacific Institute. 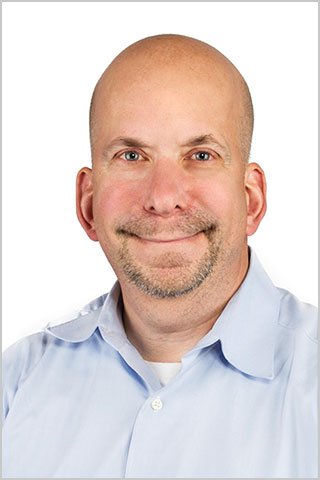 Deke Keating has been a leader in developing and deploying technology solutions across many diverse industries for over 20 years at companies including Accenture, Siebel Systems and Zilliant. During his tenure at those organizations, he successfully led deployment teams and clients through implementations of accounting, HRMS, ERP, CRM, SEM and pricing systems at many Fortune 500 companies and large government institutions. Deke brings his passion for aligning technology, people, and process to his current role as Chief People Officer where he focuses on bringing the best people into Digital Air Strike and developing the culture and tools to enable them to be wildly successful. 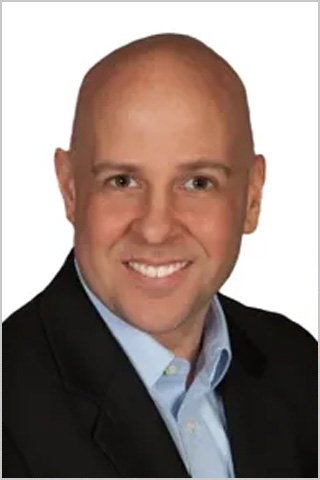 Phil has over 20 years of operational and client services experience, with the bulk of that time spent in the automotive industry. In his role as SVP, Operations and Client Success, Phil is responsible for ensuring Digital Air Strike’s operational and account management teams execute in a manner that improves client retention and consumer experience, ensures our clients realize the full value of DAS solutions, while improving work force efficiencies. In addition, Phil and the departments he oversees are active participants in the DAS solutions strategy ensuring DAS services and/or technology support clients while also increasing product margins and corporate profitability.

Prior to joining Digital Air Strike, Phil spent over 11 years at Dealertrack where he led the Operations and Account Management teams for Sales and F&I Solutions, Digital Retailing Solutions & Inventory Management. He also spent time at GSM and NCC, where he oversaw client success and operations teams, building new customer success models and scalable operations.

Phil has a Bachelor of Science in Finance from the College of Staten Island. 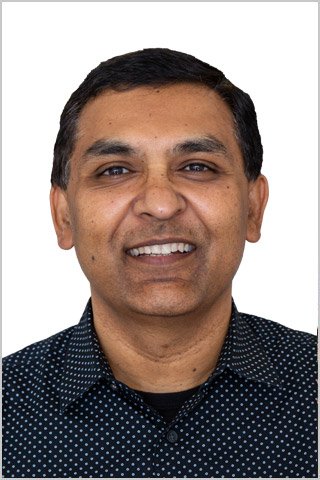 S R Chandrashekar (Chandra) has more than 20 years of experience building innovative products and platforms for industry leading companies. In his role at Digital Air Strike as SVP, Technology & Product, Chandra is responsible for planning and execution of our product strategy and leads our Product Management, Engineering, DevOps, IT and Release Management teams while aligning our Product and Engineering teams for accelerated development.

Prior to joining Digital Air Strike, Chandra enabled companies like Oracle, Selligent, Solera and Epsilon to scale from $100M – $400M in annual revenue through building out MarTech and SAAS platforms and earning recognition from Forrester and Gartner.

Chandra has a Bachelor of Science and Master’s in Computer Engineering and is certified in Cloud Computing, Data Compliance and Privacy. 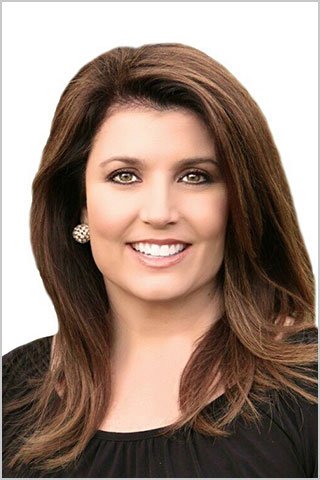 Christina brings more than two decades of experience in journalism, marketing, communications and public relations to Digital Air Strike.  Christina is responsible for all marketing and lead generation efforts including earned media and event planning.

Prior to joining Digital Air Strike, Christina owned her own marketing and communications company providing media relations, public relations and consulting to various clients. She helped many companies and individuals obtain positive press and prepare for nationally televised on-camera appearances. The majority of Christina’s career was spent in broadcast journalism where she worked as a news anchor and reporter at television stations in Dallas, Texas and Phoenix, Arizona covering presidential elections and everyday events.

Christina majored in Political Science and Communications at Texas Tech University and the University of Texas at Dallas. She was recently named one of the top Marketing professionals in Arizona by Phoenix Business Journal.

“Leadership is the capacity to translate vision into reality.”