Increases in Streaming Services Give Businesses New Opportunities in Advertising 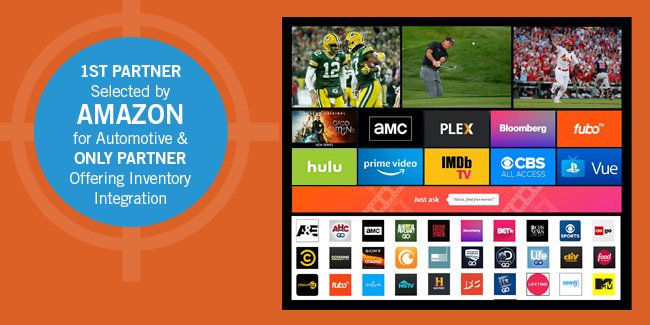 Major disruptions in the TV media landscape have caused 2020 to become the perfect storm. More TV watchers are cutting the cord, eliminating their big cable bills and switching instead to streaming services where they have the choice of when and what to watch.

This has also created an increase in OTT (Over-The-Top) advertising, which is essentially commercials on streaming content like Hulu, Amazon Prime and HBO Max. The increase has also given way to a great opportunity for businesses to take advantage of a new type of advertising.

The unique aspects of OTT include ads that can’t be skipped by consumers, full screen ads with sound, and an average completion rate of 97%. Unlike linear TV (traditional cable and satellite), OTT can be programmed for a specific audience and geographic targeting.

So, what exactly does the perfect storm this year include? According to Google data:

According to Google data, 5.5 million households cut the cord in 2019. That’s 71% more than in 2018, said Lissette Gole, the head of automotive retail at Google and YouTube.

Over 1 million households cut the cord in the fourth quarter of 2019 alone.

The audience size is huge for OTT since 74% of U.S. homes have an average of three streaming services. Millennials also prefer streaming, with 65% of millennial households utilizing streaming only. Streaming platforms offer better targeting via Amazon data, niche platforms and viewer habits.

Next year, Google predicts that video will be 82% of all consumer internet traffic by 2021.

Online video drove overall watch time to hit all-time highs during the pandemic, across all screens. Top video platforms were up 50% year-over-year. YouTube watch time was up 39% from March to May 2020 vs. 2019, while overall live traditional TV watch time only increased 3%, Gole said.

“Online video is accelerating, and YouTube continues to be the destination with the largest reach,” Gole said. “YouTube’s growth has transitioned across devices. Watch time for YouTube and YouTube TV viewed on TV screens grew 80% year-over-year in the U.S.”

People are watching YouTube directly on TVs in their living room.

This is why it’s so important for dealers to take advantage of the increase in online video watching.

“Video viewing is not waning, it’s just changing in form,” Gole said. “So many people are looking for information and researching online.”

Businesses should also keep in mind they don’t have to be a Steven Spielberg to put out a video. Relevancy and authenticity are important when making videos, she said.

“Those are the areas to spend time on versus high production,” Gole said.

The overall goal is to bring the showroom or shop experience to your shoppers through online video. It’s a great way to bring the shop to your customer while they’re home, she said.

Relevant video ads get three times the attention compared to the average video ad. Understanding this will set your video to success, Gole said.

With billions of shopping and viewing signals, ads reach the targeted audience with stronger ROI and results. Dealers can access unique vehicle in-market audiences available only through Digital Air Strike’s partnership with Amazon.

Amazon’s best-in-class consumer data, combined with Digital Air Strike’s inventory software solutions & custom ad creation/production team, ensures the best and most distinctive OTT solution available. Be the first to stream in Q4 and get a jump on the competition. Learn more on the partnership here.