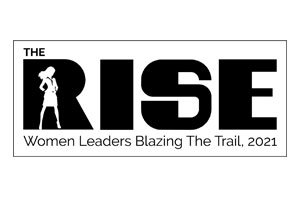 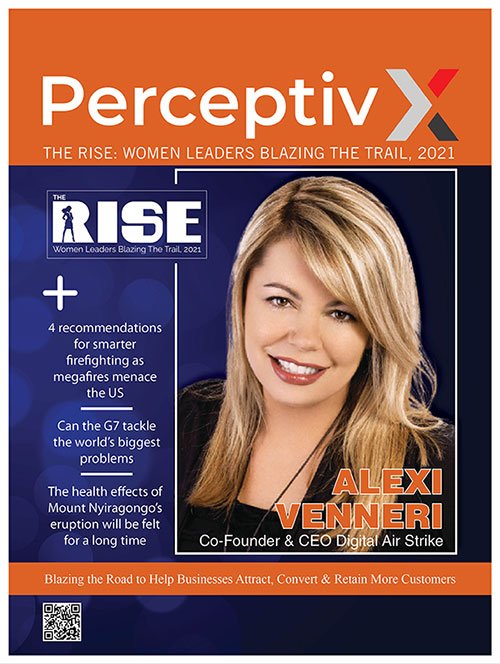 When I started Digital Air Strike from my kitchen table in Scottsdale 11 years ago, I was among the first to recognize the power of social media in business-to-consumer marketing during the Great Recession. This was a time when businesses were cutting their marketing budgets but desperately needed revenue. Sound familiar? Now, during the COVID-19 pandemic, I’m continuing my passion for helping companies continue their sales online during this economic and health crisis.

Digital Air Strike is also continuing to develop new technology to help businesses sell and service better online. We are always on the lookout for new companies that complement and enhance the company’s diverse tech offerings. The goal is always to provide the best seamless online experience for both consumers and businesses.

Today, Digital Air Strike is the leading social media, intelligent lead response technology, and consumer engagement company that works with over 8,000 businesses, including eight top 10 automotive manufacturers, such as General Motors and Honda. We have more than 160 workers across the country in four offices, with our headquarters in Scottsdale, Arizona. Digital Air Strike has acquired six companies, including recently buying the company’s first consumer-facing asset. BestRide.com is an innovative automotive marketplace that allows consumers to search for millions of new and used cars online from car dealers across the U.S.

As the co-founder and CEO of Digital Air Strike, I am honored to be recognized as a woman leader blazing the trail for others. As one of the only woman leaders of a tech company that works mainly with the auto industry, I am often the only woman in the room. It has only made me thrive and pushed me to innovate and use my creativity and marketing prowess to move forward and turn Digital Air Strike into the success it is today. I have also surrounded myself with other strong female leaders I trust and have known for years. 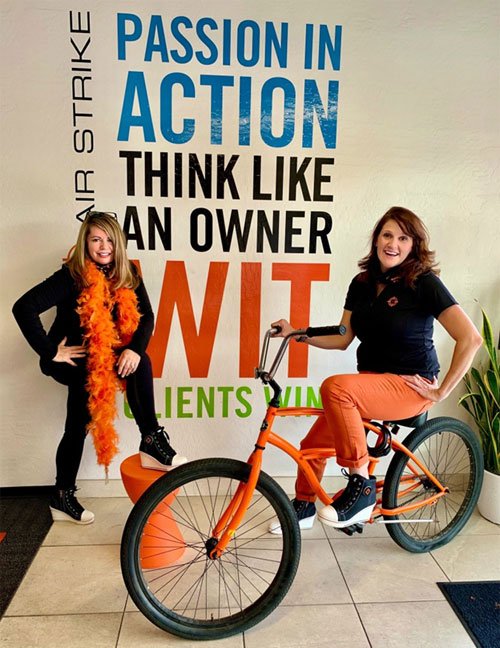 Digital Air Strike has many women in executive roles, including our second employee, Jeanette Cooper, who serves as the Vice President of Brand & Creative Operations; our Chief Operating Officer Erica Sietsma, who has worked with the company for over ten years; and Christina Wofford, the Senior Vice President of Marketing & Communication, who just reached her sixth anniversary with Digital Air Strike. These women and the dozens of other females who are part of the Digital Air Strike team make the company more well-rounded with so many female voices and ideas. Statistics and research show that companies with more female employees, especially in leadership or senior roles, are more creative, have a better return on investment, and have lower turnover rates, ultimately resulting in a better business. We love all employees and appreciate our diverse workforce!

I started Digital Air Strike in 2010 after an idea struck during a conference. My business partner decided to close the agency I was running due to the economic downturn in 2009. However, I decided to still work my contacts at a conference I was already scheduled to attend. I partnered with three investors I knew, and with a bootstrap loan, I founded DAS to help businesses find a low-cost way to connect with consumers on social media networks.

My prior positions include President of Auto Media/Blue Flame 6, part of The Van Tuyl Automotive Group and later bought by Warren Buffet; Vice President of Marketing, PR & Investor Relations at DealerTrack, where I was a member of the executive leadership team that took the company public in 2005; and Chief Marketing Officer at Who’s Calling, where I helped grow the company from inception to $75 million in revenue before being acquired by UCS/Reynolds & Reynolds. I also served as the Director of Marketing for the Major League Baseball team, the Seattle Mariners. Along with my work experience, I’m also a public speaker and author of the New York Times best-selling book “Balls! Six Rules for Winning the Business Game.”

As a 49-year-old with a B.A. in Marketing from the University of Calgary, I am also an accredited trainer with the University of Washington and The Pacific Institute. I have volunteered for many mentoring roles to help high school seniors in underprivileged neighborhoods find their career path and locally with multiple first-time managers. I also support several charitable organizations through Digital Air Strike’s DASCares group, which donates time, money, and needed supplies to nonprofits near and dear to our employees’ hearts. Outside of DAS, I work closely with nonprofit organizations that rescue and rehabilitate animals, and our family has rescued six Beagles.

I founded DAS to help businesses find a low-cost way to connect with consumers on social media networks.

My husband, Dave Venneri, is the Chief Revenue Officer at Digital Air Strike, who I convinced to join the company five years ago after I started it. We met when the Seattle Mariners baseball team hired me. We were both directors of marketing at the time. Dave has been in the technology/software industry for over 20 years. Our 10-year-old son, Griffin, is a fourth-grade student at Hopi Elementary and a video game coder. Entrepreneurship runs in my family. My brother, who lives in Vancouver, Canada, started and sold two technology companies. My grandfather in Ireland was a successful self-made entrepreneur that ran retail shops and had multiple bookie offices. (Betting on the ponies has always been legal in Ireland.)

Venneri meets Sir Richard Branson at a DAS-hosted dealer client event on his private island in the British Virgin Islands in March 2021. 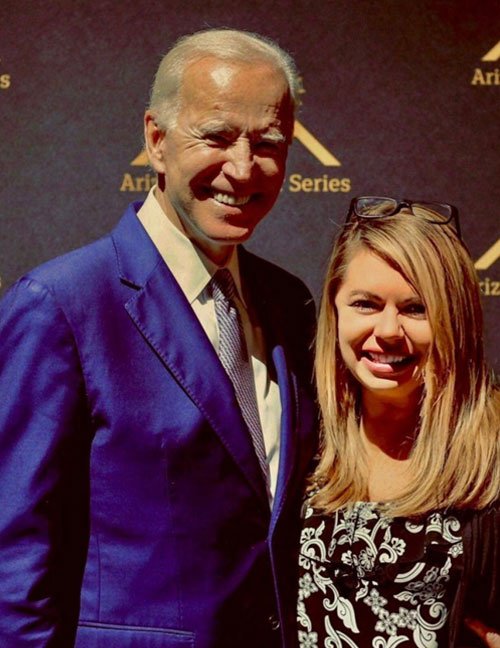 We are most proud of how our company has continued to grow and hire during the pandemic. Since last May, we’ve hired more than 20 new employees, including a new Chief Technology Officer and Chief Strategy Officer, and we acquired two new companies earlier this year. We are constantly looking for new talent, new technology, and ways to give our business clients an unfair online advantage. Besides BestRide.com, we also recently acquired LotVantage, a digital inventory marketing software-as-a-service company that enables auto, R.V., marine, and powersports dealerships to effectively merchandise their inventory through advanced targeting and data analytics.

If the pandemic has taught me anything, it’s that resiliency and grit will get you through anything. It’s essential to listen to your clients, always be flexible, and ready to pivot to offer new features to fill in the needed business gaps for your customers. We can all be successful if we put in the work and surround ourselves with a trusted team. With more COVID-19 vaccines readily available and the daily case count dropping, I am looking forward to a post-pandemic life. The best thing to come out of the pandemic is more businesses have embraced a tech-savvy approach consumers have demanded for years. We know it will only continue as customers won’t want to go back to how it was before the pandemic.

If the pandemic has taught me anything, it’s that resiliency and grit will get you through anything.

Digital Air Strike provides a free Intel Report for businesses. To get a custom analysis of your online presence and get quick tips for improvement, visit digitalairstrike.com/intel-report.

See the online version of the PerceptivX article here.