Don’t Get Duped! Here’s How to Spot Fake Reviews on Amazon 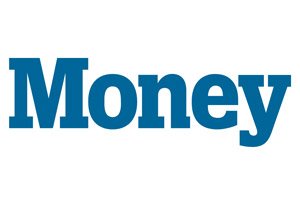 The next time you’re shopping online, you should probably take any customer reviews you read with a grain of salt. Several grains of salt, actually.

The ongoing pandemic has ratcheted up online spending: Between April and June of 2020, the e-commerce market grew 44.4%, according to the Harvard Business Review (HBR). A fight for consumer eyeballs followed, as did a boom of fake online reviews.

Brett Hollenbeck, an assistant professor of marketing at the UCLA Anderson School of Management and one of the authors of the HBR report, says this phenomenon is most common on third-party vendor websites like Amazon and Shopify, where the “competition to appear higher in the rankings is intense.”

The sellers who pay people to write phony reviews tend to have cheap, low-quality versions of popular products that aren’t likely to organically garner five-star reviews from users. (According to the online consulting and marketing firm Invesp, supplements, beauty products, electronic goods and sneakers are the categories with the largest share of fake reviews.) And while companies put a lot of resources into weeding them out—in 2019 alone, Amazon spent more than $500 million to reduce fraud on its review platform, according to the HBR study—millions of phony reviews escape detection just the same.

Most internet scams, like all the IRS fraud going around, tend to be riddled with bad grammar, strange phrasing, and other dead giveaways that clue people into the fact that bots or non-English speaking scammers are behind them. But fake reviews aren’t so easy to pinpoint.

Believing them can lead to more than just a hole in your wallet. Take counterfeit beauty products, which “Do not follow the stringent regulations that cosmetic manufacturers adhere to,” says Saoud Khalifah, CEO of the review authenticator service Fakespot.

“Consumers are using these products on their skin and near their eyes,” he says, which sometimes contain lead, mercury or other “harmful toxic compounds.”

Here are a few warning signs to keep in mind when you shop online.

A flood of reviews in one day

If your spider-sense is tingling and you think the reviews you are reading might be bogus, take a look at the date they were posted.

“Often when businesses purchase reviews, the company they hire will log in and inundate the site with reviews all at once,” says Erica Sietsma, the Chief Operating Officer of the digital marketing company Digital Air Strike, which helps businesses with social media and reputation management. “There will sometimes be hundreds of reviews posted all at once, which is a telltale sign that the reviews are not authentic.”

Often, these sellers will buy a bunch of fake reviews at launch as a short-term ratings boost, but eventually, real reviews will start to roll in — usually from disgruntled consumers who were fooled by the fake ones.

On sites like Amazon, you can click on the profile of every person who writes a review. If their profile pages are empty, or were created the same day they wrote the review, that’s another red flag.

“Fake reviews will sometimes come from ‘burner profiles’ created by companies that offer fake review services,” Sietsma says. ”These profiles will often not be completed or filled out with any specific information.”

Some fraudsters get lazy, Khalifah says.

“A favorite trick of Amazon sellers is to use a product listing with tons of good reviews for an entirely different product,” he says. “A lipstick with 300 reviews and an average 4.5 star will be switched with a pair of cheap Bluetooth headphones.”

Why do sellers do this?

“Because they know most consumers won’t read the reviews,” Khalifah says. “They’ll just look at the star rating, number of reviews, price and then buy.”

Do all the reviews seem … well, the same?

“Read through the reviews and see if the same phrase or phrases are used repeatedly,” says digital marketing and branding expert Christopher Tompkins. “If this is the case, it could have been that these individuals were instructed to use the same keywords or keyword phrases in their reviews.”

The keywords vary based on the product, but will typically forego any specific or technical information in favor of generic phrases like “good,” “amazing” and “worth the money,” according to GeekFlare.

Taste is subjective — so look for a “balanced mix of good, bad, and neutral reviews,” Sietsma advises. “All positive reviews with no negative or neutral reviews indicate the reviews are likely fake.”

It’s also not unheard of for a seller to buy fake one-star reviews to inundate a competitor’s page.

“For negative reviews, be skeptical of blank reviews with just a 1-star rating,” says Sam Knight, an SEO expert with the marketing firm Postali. “People usually like to say exactly why they are unhappy.”

Bottom line, reviews matter to any type of business – wherver they might live. While your business might not have products on Amazon for review, your business probably has a Google My Business page. Here are some best practices to boost your GMB page.