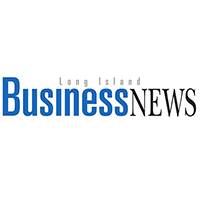 When big and midsized companies leave Long Island, jobs evaporate by the dozens or hundreds and the corporate exits make headlines. Much less attention is paid when individuals leave. When those individuals are entrepreneurs, however, often the job losses ultimately are greater.

This is the story of a young woman who left Long Island to become an entrepreneur in Scottsdale, Ariz. Alexi Venneri came to Long Island in the early ‘90s, following a stint as director of marketing for the Seattle Mariners. Not yet an entrepreneur, she headed marketing and investor relations at DealerTrack Technologies, a publicly traded company based in Lake Success.

Like many ambitious young people, she began to feel the limitations of building a career on Long Island. When an advertising agency owner in Phoenix recruited her to run his business there, she took the offer and moved out to Arizona. This was about eight years ago.

About two years later, Venneri was ready to start her own business, a social media and digital marketing company specializing in the auto industry. She called it, dramatically, Digital Air Strike™. Focused on building a company appealing to ambitious young people, she leased space in Optima Camel View, a kind of incubator in downtown Scottsdale.

For many startups, finding customers is a challenge; Venneri says she picked up 10 “pilot” clients and still has them. Last September, Digital Air Strike™ expanded into a nearby commercial building, absorbing about 10,000 square feet. The hiring continues. Today the company employs about 127 in Scottsdale and about 30 others in San Jose, Calif. and near Philadelphia.

Digital Air Strike’s technology turns customer surveys into online reviews that appear on top review sites such as Cars.com and Edmunds.com. Her company’s programs tap social media to help dealers sell cars, customizing what she calls “prospect microsites” in response to each inbound lead. Her biggest client is General Motors.

Venneri is quick to champion Arizona as an entrepreneurial haven, citing the state’s pro-business tax policies, its appeal to fast-growing tech companies and support from regional economic development groups.
“Arizona is very pro-business,” she said. “There are so many qualified Gen Y workers. I was shocked at how many talented people there are here, and how committed they are.”
 
The company continues to maintain offices in Silicon Valley and outside Philadelphia, and Venneri has no interest in consolidating. However, she sees a different quality of life in Scottsdale than in either of the other markets.

“It’s the urban sprawl,” she said. “You spend so much time in traffic (in San Jose and Philadelphia) that you’re not productive. Pay is comparable here to both the other locations, but overall people are much more productive here. They’re happier too.”

As for Long Island, she said: “I love the people but I could never go back. Your employees can’t afford to live there.”