How dealership innovation can draw women into the automotive industry 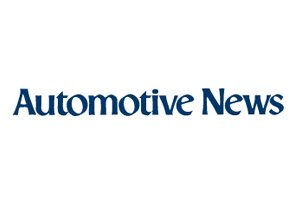 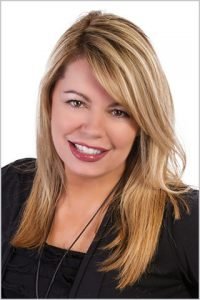 Alexi Venneri says it’s only appropriate that her first official job was at an auto dealership. A family friend and car salesperson paid teenaged Venneri to be a weekend greeter at the dealership. She handed out cake to shoppers and balloons to their kids — and completed handwritten lead forms. “It was the first job that issued me a check,” says Venneri, co-founder and CEO of Digital Air Strike.

Today she is an auto industry veteran, measuring her career by the number of NADA Shows she has attended — the count is now 22.

Venneri was born in Canada, got a marketing degree in college and ended up working for MLB’s Seattle Mariners when the team opened what is now called T-Mobile Park. But since 2000, when a neighbor lured her away to work for his technology startup — “I was the sixth employee and worked at a card table,” she says — her heart has been in the technology space.

Her interest in technology first merged with the dealership world when she joined Dealertrack, heading up marketing and investor relations, and then when she moved on to run the internal ad agency for Van Tuyl Auto Group. When the 2008-09 recession hit, and Van Tuyl closed the agency, Venneri decided to strike out on her own.

“It was the first time in my life that I didn’t have a job. We had started renovating a house, and the bank that held the loan closed down,” she remembers. “We didn’t have any money. I started Digital Air Strike at my kitchen table. It came out of that time of turmoil in our industry.”

What she also remembers is how important it was to start a new company during a recession. “Every single job we created was a moment of pride for me, a chance to help someone else,” she says.

Her initial idea for Digital Air Strike — a technology partner to help dealers take control of their online presence — has grown into a multifaceted company that works with 7,700 dealers around the world. Digital Air Strike grew 40 percent just in the past year, Venneri says. “Before the pandemic, dealers saw this as a ‘nice to have’,” she says. “But during the pandemic, they found we could help keep them open virtually. Chatbots could work with customers even when the dealership doors were closed or they didn’t have staff available.”

She says she’s proud that Digital Air Strike is a diverse company with a work force that is 55 percent made up of women. Like many, she believes it’s critical to hire more women in all segments of the industry — from automakers to dealers and vendors such as her company. Over the course of her auto career, she says, one of the biggest changes she has seen is an increase in women in senior positions at automakers. “It was common to walk into a meeting with an OEM and be the only woman in the room,” Venneri says. “The most shocking thing is that often the only women I’d see were eye-candy salespeople” for vendors.

Today, she says it’s not that the industry isn’t interested in expanding the female work force. “The vast majority of our dealers want to hire women,” she says. “They know that women are involved in the majority of decisions in buying cars. And they know that female salespeople often do really well” — they’re multitaskers who communicate well with customers.

“What is lagging is the benefits and the awareness,” Venneri says. She thinks dealerships need to do a better job pitching jobs to women — emphasizing potential flexibility in hours and getting the messaging right to make the dealership more appealing to female job seekers.

For her part, Venneri says her message to young women considering a career in automotive is this: “It’s a fantastic place to get experience. There’s so much opportunity, and companies pay very well. And right now, there’s so much innovation and so much going on in this space.”