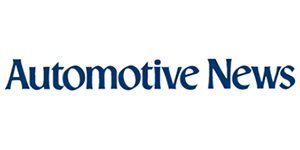 Brickell Buick-GMC in Miami posted a video on its social media channels several weeks ago promoting a new pickup and delivery service when a customer’s vehicle needs maintenance.

The service started in January, just a few months before the novel coronavirus began to spread across the U.S. Mario Diaz, the store’s general manager, said he wanted to get the word out as COVID-19 containment efforts began.

The dealership added a series of photo and video tutorials to show customers how to schedule their service pickup, including a clip of a service employee disinfecting a vehicle before it was returned to its owner. Through the middle of last week, the video and tutorials had received more than 49,000 views, he said.

Service pickups and deliveries increased to 100 in March from 28 in January, and bookings in the first seven days of April already surpassed March’s total, Diaz said.

“We just really had to adjust completely to the customer and protect ourselves,” he told Automotive News. “There is not a stronger way to communicate than through video.”

The coronavirus pandemic has made video more relevant to dealerships across the country that experienced steep declines in sales and service business last month.

Dealerships are pivoting their marketing messages from sales promotions to highlighting remote test drives, online transactions and their cleanliness practices in videos posted on social media channels and on their websites.

Video also is being used for virtual vehicle walk-arounds and to discuss a deal with a customer.

Some dealers say they want to keep customers engaged while they’re spending more time at home and on mobile devices.

Most of the nation is now covered by orders to stay home. Physical locations of nonessential businesses have closed, including dealership showrooms in some states. Even in states where sales have been allowed to continue, such as Florida, fewer consumers are buying cars. Diaz said his store’s new-vehicle sales in March were down 49 percent year over year, while used-vehicle sales slid 44 percent.

Video Logix also has been packaged with a suite of products, such as text messaging and artificial intelligence chat tools, to help dealerships respond to customers during the COVID-19 outbreak.

“It’s a really, really good way that they can communicate when you don’t have to be face to face,” Venneri said.

Other vendors have rolled out video marketing programs that also are gaining traction during the pandemic.

Dean Evans, who joined Cars.com said dealerships can tailor their messages to consumers who increasingly have pulled the plug on traditional TV and thus might never see a dealership’s broadcast commercial.

Since the COVID-19 outbreak accelerated in March, Evans said he has heard from dealers who want help getting the message out about their remote and virtual customer-service options.

“The reality on the ground is dealers pivoting to this customer experience,” said Evans, who called the shift in marketing experiences a “watershed” moment for dealerships.

“Right now, it’s about the safe part of the experience,” he added, “which is cars coming to you, and you not having to go to a dealer.”

Jon Torrey, senior product manager of video for Cox Automotive’s Dealer.com, said dealerships should think about connecting with customers who are at home, possibly feeling more vulnerable, and deliver messages with a human touch.

Dealer.com created video templates dealerships can use to highlight the things they’re doing in response to the virus outbreak, such as using online buying tools, Torrey said. But they also should emphasize organic content, he added, such as uploading videos shot with a smartphone to a store’s YouTube page. That could be a virtual test drive or a message from the general manager — “really making sure that you’re interacting with your community,” Torrey said.

LaFontaine Automotive Group in Highland, Mich., has had more specific conversations about using video since the virus outbreak, particularly for use on social media, said COO Ryan LaFontaine.

In the meantime, the group has emphasized video, such as a YouTube one in which Ryan LaFontaine outlined the group’s “Reserve a Ride” program. Customers can choose a vehicle that will be sold to them once the order lifts.

“Social platforms are very relevant and a necessity in times like this,” he said.

In Florida, Brickell Buick-GMC has started to use Apple’s FaceTime video call platform to work out deals remotely with customers. The technology has helped to close a handful of transactions to date, Diaz said.

“It’s not a big number, but they’re deals that wouldn’t have happened if we wouldn’t have done it,” he said. “Those deals are valuable.”