When the boss is your spouse: How 1 Scottsdale couple make it work
Sales: 1-888-713-8958 / Support: 1-888-403-2192 sales@digitalairstrike.com    Contact Us
Mission Control Response Logix Login Response Path Credit Logix
GET DEMO
GET INTEL

When the boss is your spouse: How 1 Scottsdale couple make it work 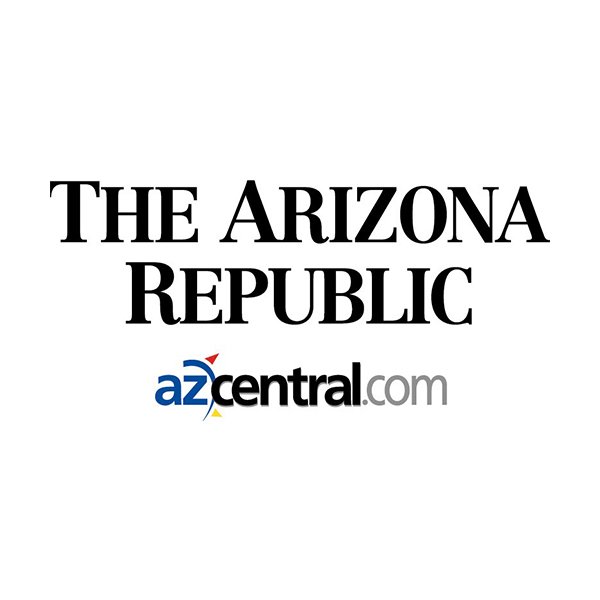 Almost a year ago, Dave Venneri found the perfect job. He loves the fun ambiance, the hard-work culture, and his boss is the best he’s ever had in his life — his wife, Alexi.

“I was happy doing what I was doing… but I was always keeping an eye on Digital Air Strike™,” said Dave, referring to his wife’s social media and digital engagement company where he is now chief revenue officer. “Alexi threatened to hire me in the past, but with it really gaining speed and taking off, I decided I wanted to join the team.”

According to the National Federation of Independent Businesses, the Venneris are one of approximately 1.2 million spouse-run small businesses in the U.S.  Married couples have founded successful enterprises such as Eventbrite, Flickr and Clif Bar & Company.

Roughly 10 percent of couples met at the office, a Stanford University study found.  Kat Robey, a licensed professional marriage counselor working in Tucson, said many of her married clients who work jointly started their relationship as office romances.

While she said working together can be a wonderful situation for some couples, the key is having predetermined expectations before starting out.

“Couples need to talk about who is going to do different tasks at both home and work so they don’t fall into the trap of scorekeeping, ” Robey said. “Working together, one person may feel like they own the business or idea more, which could bubble into an argument if an idea is questioned.”

Robey recommends that couples remain constantly aware of the other’s feelings and carve out time outside of work where they can focus on outside interests.

This isn’t the first time the Venneris have worked together. Meeting while on the payroll of the Seattle Mariners, they later became co-workers at the call tracking advertisement company Who’s Calling. Their successful track record in the past made her confident that they could work on the same team again, Alexi Vanneri said.

“He is amazing at what he does. Regardless that he’s my husband, I knew that I wanted to hire him, because I knew he would be a great colleague and a great teammate,” Alexi said.

While Alexi started her digital consumer-driven site on her kitchen counter, Dave continued his career in sales. But soon, her start-up expanded to an office and was scoring large clients, including one-fourth of all General Motors dealerships, and employing nearly 150 people in its Scottsdale location. The company, which has developed a specialty in automotive social media and digital engagement, provides social marketing and reputation management in other markets as well.

The two have also found ways to make sure that their business and home arrangement is sustainable. Calling their time at work a “colleague relationship,” there’s an added layer of management so that Dave doesn’t report to boss Alexi directly. The two also work on separate floors, and their 5-year-old son, Griffin, provides a distraction from discussing the office while at home.

“We always have the same goal 24/7. So when he is staying and working late, I understand fully what he’s going through and that it’s for the greater good of our company,” Alexi said. “When he was working somewhere else, I was trying to be understanding, but it could get frustrating. I would say that (working together) has really lessened our stress.”

Several companies have policies against spouses or significant others working together, citing the potential for drama and unprofessionalism. Counselor Robey said severe issues can arise with couples working together, especially if one of the pair is the subordinate and suffers with confidence issues.

Instead, Alexi emphasizes the benefits.

“It’s a little strange that many companies’ first reaction or even policy to married couples is that spouses shouldn’t work together. But I think in most cases, the company gets way more out of it. They are more connected and invested in the company and its success,” she said, adding that the source of income is from the same place, creating a deep loyalty to the business.

Alexi and Dave aren’t the only ones at Digital Air Strike™ who are married. Two executives and two managers on staff also have tied the knot.

“I think a lot of people imagine working with your spouse to be sitting in a room together for nine or 10 hours arguing, when that’s far from reality,” said Joell Robinson, director of client experience and delivery for Digital Air Strike™, who works there with her husband, Jeff.

“Our departments don’t necessarily work together that often, but when we do we’re really successful because we naturally have that teamwork dynamic so we are able to bring that to any project. “

Dave has a found memory of when the tables were turned and he interviewed Alexi for a position at their first meeting.

“The VP of HR showed me years later that I ranked Lexi number first out of 16 people,” Dave said. “Number one then, number one now. Things have never changed.”