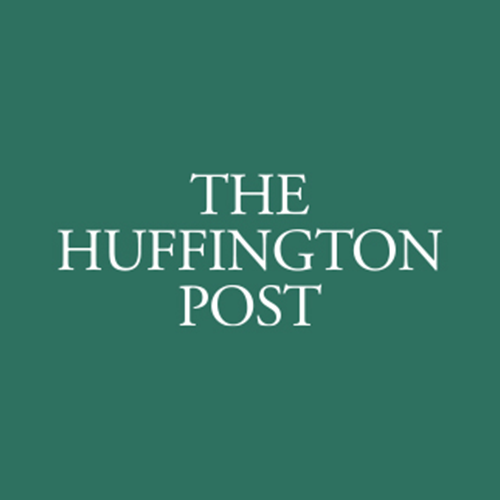 Prior to co-founding the company, Alexi was President of Auto Media/Blue Flame 6 (part of The Van Tuyl Automotive Group which was recently purchased by Berkshire Hathaway), and VP of Marketing, PR & Investor Relations at DealerTrack (TRAK). Alexi was also the 13th employee at Who’s Calling taking it from $900k to $65 million in just four years as Chief Marketing Officer. Alexi was also the Director of Marketing for the Major League Baseball team the Seattle Mariners. She is an accomplished public speaker and author of the best-selling book Balls! Six Rules for Winning the Business Game.

Alexi has a B.A. in Marketing from the University of Calgary and she is an accomplished public speaker and an accredited trainer at the University of Washington as well as The Pacific Institute. She supports numerous charitable organizations and works closely with ARME and the Beagle Freedom Project, nonprofit organizations that rescue and rehabilitate animals.

How has your life experience made you the leader you are today?
I was a leader from a very early age, being the eldest child and always a Type A personality. I have two younger brothers which, in a way, prepared me to work in male dominated industries, such as sports management, technology and automotive. Our family moved often when I was young, which led to changing schools and living in new cities. This taught me resourcefulness and adaptability — two traits you really must have to be an effective leader.

How has your previous employment experience aided your tenure at Digital Air Strike™?
Having a marketing background prepared me to be creative, organized, results-driven and an option-thinker as everything in marketing is a test, and all entrepreneurs need to be innovative while also results-oriented. Working for a Major League Baseball team gave me event management and public relations experience, which taught me to be ready for anything. Taking a tech company (Who’s Calling) from $200K in revenue to $70M in four years taught me what it takes to build scalable technology. Living in New York and helping take a company public (Dealertrack: TRAK) was also an amazing learning experience. The pace and the intelligence of the Dealertrack leadership team were incredible and inspiring. While at Dealertrack, I was recruited by Larry Van Tuyl to be his business partner and president of his ad agency. The Van Tuyl Group was recently in the news as it was purchased by Warren Buffett/Berkshire Hathaway. Being able to see how such a successful and large organization works was exactly the stepping stone I needed before starting my own company.

What have the highlights and challenges been during your tenure at Digital Air Strike™?
The biggest highlight is seeing an idea start during a recession from literally nothing and almost no investment to today employing 150+ people and making a real difference for thousands of businesses nationwide. It’s been very rewarding to see our patented technology be recognized (and copied) by others — while helping to create a new category of business (social media marketing & reputation management) that didn’t exist just six years ago. The biggest challenge was in 2013 when, due to our rapid growth, we became a target and had several competitors try to take our employees while trying to lure away business partners using very questionable tactics. We learned a lot during that time. First, we would never do something like that ourselves (we prefer to compete fairly) and we also learned that one of the best ways to keep your employees is to be very open with them about challenges that face the company. When you endure and persevere through a major challenge to your business, it actually helps strengthen the bond and loyalty from everyone in the organization and also outside the four walls. Our partners stayed, we didn’t lose clients and we now have a mantra of “DASOne.” We feel like a big family. Without having to go through such a challenge, I sometimes think that maybe we would not have the same tight bond. It also helped that from day one of the company’s founding we have always made all full-time employees stock-option holders, which encourages them to think like an owner — something our competitors didn’t count on.

What advice can you offer to women who want a career in your industry?
Do it! Whether “my industry” is considered social media or SaaS technology or our primary vertical — automotive — they all need more women in leadership positions. According to CNN as recently as March 2015, only 14 percent of leaders are women. That is crazy and it is only hurting companies by not having more women in leadership roles. Maybe working for a baseball team has me biased, but every company is just like every team. Every team needs diversity and different types of players to fill roles. Every company needs a balance of both male and female managers. Women historically perform very well under pressure and simply have to juggle a ton on a daily basis, especially those who are balancing work and family. Most women I know are creative and entrepreneurial every single day. We need more of them not only leading but in C-level positions and on boards of directors.

What is the most important lesson you’ve learned in your career to date?
It will sound cliché but, what doesn’t kill you makes you stronger. Every entrepreneur and CEO goes through tons of ups and downs. Learn from the downs and be an option-thinker. I refuse to let anyone bring me a problem without bringing at least one solution to that problem.

How do you maintain a work/life balance?
As a founder and CEO, there unfortunately is no balance. Your company IS your life, as nearly six years later I often still work 11 hour days and frequently put in time on the weekends. The biggest balance I have been able to get is in my daily schedule. Having a 4-year-old son and a 6-year-old company, I will get up with my toddler (the 4-year-old, but sometimes the company still gets me up first) often at 6 a.m. and knock out some emails. While getting my son ready for pre-school, I do my best to spend at least an hour exclusively with him before and while I take him to school. That often means I end up taking calls from home in the morning, but then I stay in the office until 7 p.m. as my husband takes the evening shift. Weekends are a blend but when I am with my family, I do turn the phone off and make an effort to focus on them while trying to do fewer “tech” activities, since I am so tech-centric in my job. As a family, we are also very committed to taking a vacation every six months, ideally overseas or on a cruise so you can disconnect more as technology limitations and time zones make it more difficult to jump on email and take calls — which means you are more inclined to actually unplug.

What do you think is the biggest issue for women in the workplace?
Before having my own child I think that I made the mistake that many people do (but won’t admit to) of thinking that working mothers are a little less productive at work than counterparts without families. I now see how wrong I was and that the age-old adage of “if you want something done give it to a busy person” is so true with working parents. They run circles around everyone! I also think it helped that I had my first child later in life as I was able to really focus on my career first and I was also able to be a little more comfortable juggling work and family. I am also very fortunate to have an amazing partner in my husband. We truly approach life as a team and we don’t live by the old male/female stereotypes relating to work and household duties. It makes us incredibly productive and it helps that we both have a very strong work ethic.

How has mentorship made a difference in your professional and personal life?
I have to say that I haven’t had many specific mentors that worked with me directly as I advanced in my career, other than some of my business partners, and recently I have honestly appreciated guidance from my board of directors. I’ve always been an avid reader and tried to learn from others from afar. I do find entrepreneurs have been inspiring, which led me to write my book “Balls! Six Rules for Winning the Business Game.” At the time I wrote it (and still today), I was inspired by entrepreneurs. I had been with a couple of fast-growing companies but I had never started a business myself. Learning from so many exceptional and creative entrepreneurs really did encourage me to try to do the same myself.

Which other female leaders do you admire and why?
General Motors’ CEO Mary Barra, the first woman to ever lead a major automaker (and one of the world’s largest!), is an inspiration. Her focus on putting customers at the center of everything GM does is spot on and the brand is benefiting from this strategy. Plus, her ability to not just take on a leadership role in name but to actually really lead and make a difference in the midst of controversy is inspiring, especially when you consider how the automotive industry has been traditionally male dominated. Safra Catz, co-CEO of Oracle, is also a leader I admire. She has held many senior positions and has consistently shown she is a game changer. Of course Yahoo’s Marissa Mayer and Facebook’s Sheryl Sandberg are both inspiring to me. Sheryl is inspiring, in particular, because of her wisdom and ability to help an entire generation embrace gender equality — while showing how new mediums like social networks can and should follow sound business practices — and, at the same time, still continue to be incredibly entrepreneurial.

What do you want Digital Air Strike™ to accomplish in the next year?
Next year is going to be a huge year of growth and innovation for Digital Air Strike™. We have built a strong foundation — profitably, I might add — and the new talent we have brought in this year will pay off in 2016. Our people are truly world class and we’ve been able to turn a good culture into a truly great one. Recent innovations, such as our new app for the Apple Watch, and new integrations with partners like Facebook are just the beginning. It truly is an exciting time to be at Digital Air Strike™ and we believe our future is very bright.