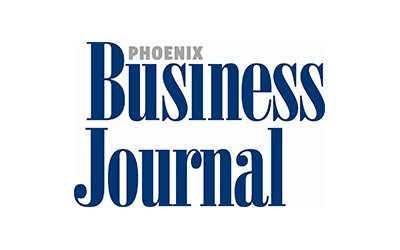 Most first impressions are made online these days.

When that online image takes a hit — as it did for Ryan Naylor after he appeared on “Shark Tank” — it can be a daunting experience, potentially affecting future jobs and business opportunities.

“Social media is completely changing the landscape of employment,” Naylor said. “You have to be comfortable being able to address previous issues that people will find about you. Have your story ready for explaining.”

After Naylor appeared on the TV show and received an enormous amount of negative backlash, it could have been easy for him to shy away from the Internet and social media. But he said it is important to maintain an online presence, and companies and individuals need to manage what can be seen about them online.

An entire industry has been built around helping companies and individuals keep a positive presence online.
Digital Air Strike™ is a Scottsdale-based Web reputation company that has clients ranging from car dealerships to home builders to comedians. Founder and CEO Alexi Venneri tells clients her services are like an insurance policy. 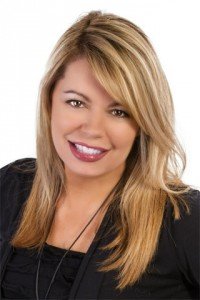 “You just never know when something is going to pop up,” she said.

Venneri suggests companies hire someone to monitor what is being said about them and their competitors on all social media platforms. If they see angry customers or negative comments, she said it’s best to take the conversation offline.
Communicating personally by phone or private message can help defuse the situation and keep others from jumping into the conversation.

Naylor found this out the hard way. After Mark Cuban criticized him and his business on “Shark Tank,” others joined in online. Naylor said even family videos he had posted on YouTube started to get negative comments related to his business. When he tried to respond to those comments, a stream of others came from a number of people.

“That was one thing I learned: You can’t work with people who only want emotion out of you,” Naylor said. “If this ever happens, don’t go down that emotional roller-coaster that people want to drag you down. … You’ll never win in that situation.”
In today’s reactionary world, corp¬orate and personal mistakes can light up the Web quickly.

“Way too few companies are managing their image on social media,” said Professor Tim McGuire, the Frank Russell chair of journalism at the Walter Cronkite School of Journalism and Mass Communication at Arizona State University. “If you mess up, it’s going to get on social media and go viral in a heartbeat.”

When things do go bad online and on social media, it is best not to hide from it, said Jackie Wright, president of public relations and marketing firm Rainmaker Integrated.

“You’ve got to gain control of the message as soon as possible,” she said.

A number of apps are available to help protect online reputations and privacy. Cuban actually is involved with two of them.
Cuban partnered with a University of North Texas student to create an app called Xpire, which automatically deletes posts from social media platforms after a specific period. The other is a messaging system called Cyber Dust, which kills messages a certain amount of time after they are sent.