State of the Auto Industry Heading Into 2021 Is Uplifting 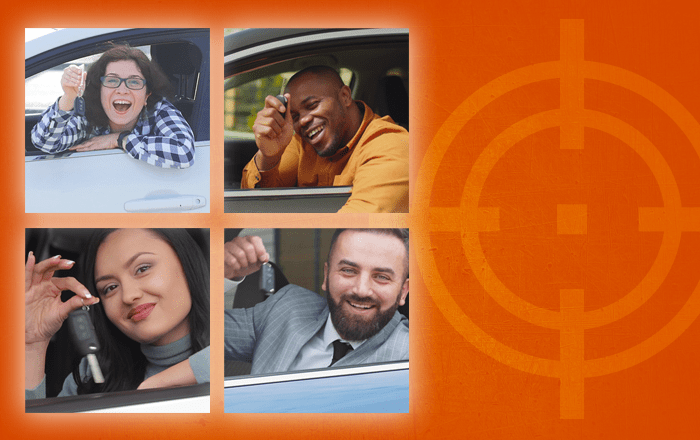 The auto industry is not that bad, all things considered, with retail sales up from a year ago as more dealers go digital and sell cars online, according to a Wall Street Journal-hosted webinar on the state of the auto industry heading into 2021.

Auto retail sales grew in September by 6% and in October by 2%, and the national auto market is only off by 12%, said Tyson Jominy, vice president of data and analytics for J.D. Power.

“We’re in a very great time with back-to-back increases,” Jominy said in the Nov. 17 webinar. “The strongest markets are down, like New York City, but more rural markets are up, like Austin. Transaction prices continue to set records every month.”

While sales are up, the temporary effects of the pandemic on the auto industry include manufacturing facilities struggling to keep up with demand and higher prices for vehicles since inventory is tight, Jominy said.

“As soon as vehicles show up at the dealership, they’re going home,” he said. “Fifty percent of vehicles are going home in under 24 days. There is no excess inventory in the system.”

It’s also the best time to bring in a used car for a trade-in since dealers are searching for more inventory and paying higher prices for those used vehicles. Dealers need cars to sell, he said.

Incentives are off nearly $500 a unit from last year. Incentives are not as necessary with the low inventory, which is the reason dealers and OEMs are seeing record profits, Jominy said.

The permanent effects of COVID on the auto industry include dealers and consumers who have embraced the digital sales revolution and the virtual car dealership. While digital sales were not allowed in every city when cities first started closing in March, once those digital sales opened everywhere the industry has seen a 3-4 times increase in digital sales, he said.

For example, San Francisco is running 40% of digital sales, while before COVID it was 8-10%, according to J.D. Power data.

“Once consumers have experienced buying a car from their couch, they won’t go back,” Jominy said. “I expect this will continue and is a permanent change due to COVID.”

An unexpected turn of events during the pandemic is the rise in customers buying diesel vehicles, including a big rise in trucks, with diesel sales up 6% from a year ago. However, Jominy is not expecting to see this continue as OEMs plan to release more electric and hybrid vehicles.

“The future is these plug-in vehicles,” he said. “It will be a struggle to get this done (raise EV sales) because of the higher starting price. It will probably take regulation to make this number go the other way. No one thinks diesel is the future.”

Audi is one of those auto brands that is embracing EVs, with four electric vehicles planned in Audi’s portfolio by the end of 2021 and 30% of its focus on electric vehicles by 2025, said Loren Angelo, vice president of marketing for Audi of America Inc.

“We’re very bullish on the adoption of electric vehicles,” Angelo said in the Wall Street Journal webinar. “We’re making longer-term sustainability commitments because we know that’s important to our consumers. While there are some myths about EVs, as some see EVs as slow and not as stylish, we have some work to do to bring exhilaration for electric to life.”

Both commented how Tesla has shown the auto industry an EV can be “sexy and powerful,” Jominy and Angelo said.

To further that, the Washington-based Zero Emission Transportation Association launched Nov. 17 to advocate for national policies to enable 100% of electric vehicle sales in the U.S. by 2030, according to Automotive News.

Consumers are also leasing fewer vehicles, with a 3-4% decrease in leases year over year. Consumers have changed and now want to own their vehicles at a greater rate, while those who are leasing are leasing cars with fewer miles per year, Jominy said.

“We are ending the year at a very strong clip,” he said. “If we had more cars to sell, we’d probably be doing even better than we are now.”

The good thing about the pandemic is the digital structure is now in place, and the industry is more prepared for whatever comes through regulation and the digital process, Jominy said.

“If dealers weren’t on board before, they’re doing it now,” he said.