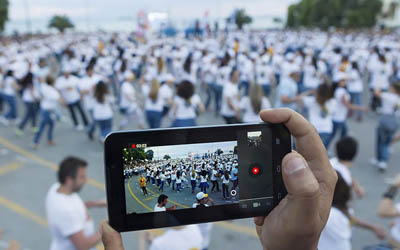 We’re all going to have another option for live video in the coming days. Google announced it will be adding this feature to their existing app soon. This move is obviously to keep pace with the growing popularity of live video that’s happening elsewhere on the Internet – like Periscope and Facebook. However, YouTube is boasting that their infrastructure will make it more reliable than anything else out there.

Live video isn’t entirely new to YouTube, as they’ve helped pioneer the concept since 2011 by live-broadcasting major events like concerts, royal weddings, and space jumps. However, this is the first time they’ll be unleashing the power of live broadcast to everyone through the YouTube mobile app. The best part is that this new feature will be built right into the existing app; no need to download another app to get started. Just hit the record button and go.

Look for the live video update to hit your Youtube app soon. In the meantime, want to learn more about how to incorporate live video into your social marketing strategy? Click here for our article on Live Video Streaming and Your Business.